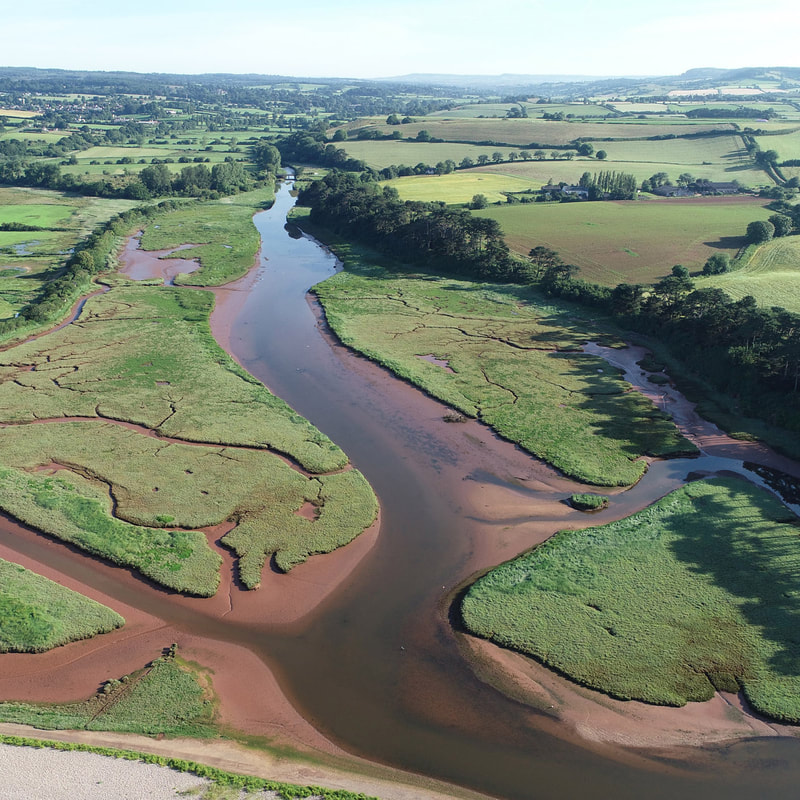 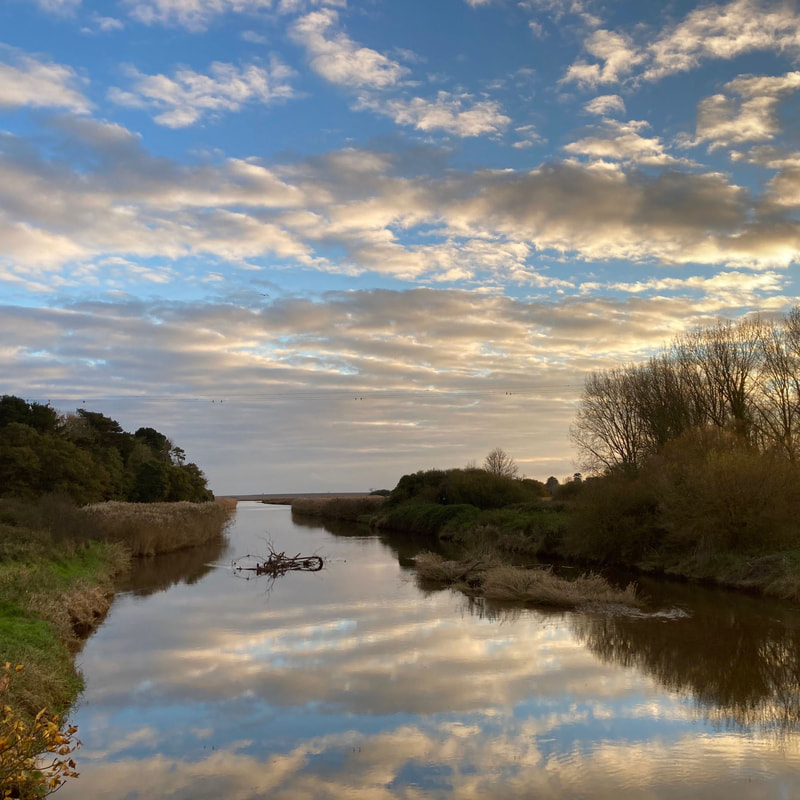 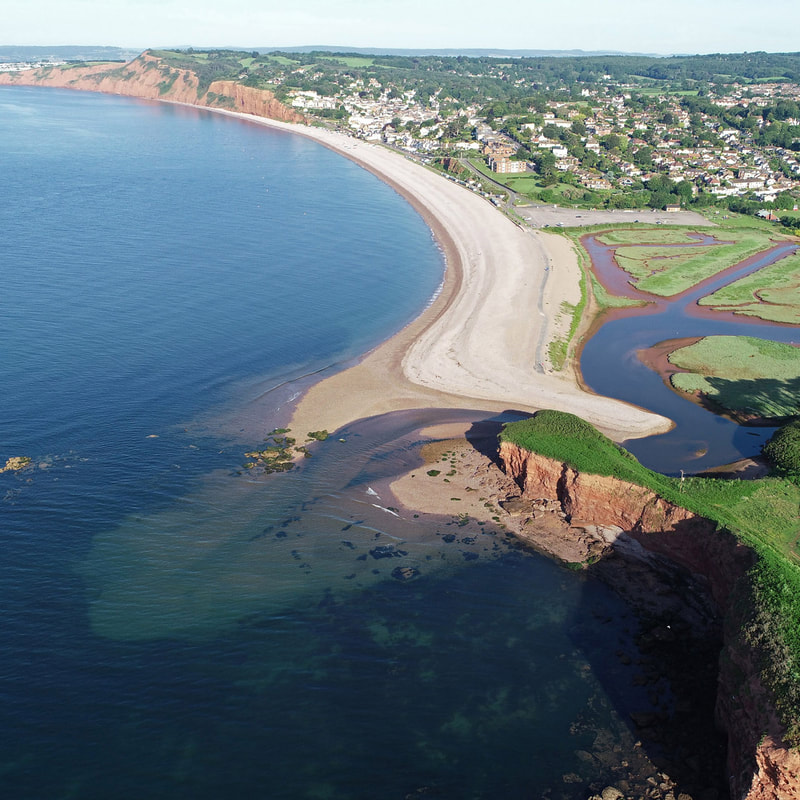 Budleigh Salterton has been a popular visitor destination since the late 1800’s, known for the tranquil valley and traditional seaside vista. Over the next few years, the scenery of the lower Otter is set to change and become a site of national importance to wildlife, while also helping to tackle climate change.

If you have recently walked around the Granary Lane or South Farm Road area, or along the South West Coast Path by the beach, you will doubtless have noticed some big changes  currently underway.  This work is the Lower Otter Restoration Project (LORP), which will see the river Otter reconnected to its floodplain, how it was 200-plus years ago.

LORP is one of two schemes under the Promoting Adaptation to Changing Coasts (PACCo) project. The second scheme is taking place in the Saâne Valley in Quiberville in Normandy, northern France. Together the two schemes are worth €26m, funded by the ERDF Interreg France Channel England fund; lead partner, the Environment Agency; the landowner, Clinton Devon Estates; and French partner organisations, Conservatoire du littoral, Commune de Quiberville and Terroir de Caux.

Both valleys have been heavily developed over the last few centuries in order to claim land for agriculture, resulting in them becoming disconnected from their floodplains and losing their inter-tidal habitats. The first embankment in the lower Otter valley was built in 1811, and the river was straightened in order to create grazing pasture in the area behind the current Budleigh Salterton Cricket Club, and a children’s play area at the top of the Lime Kiln public car park. Since these modifications, significant and ongoing expenditure and resources have been required to maintain the embankments.

With climate change causing rising sea levels – the sea is expected to rise by more than a metre during the next 100 years - action is urgently needed before both areas are catastrophically flooded. Indeed, both have experienced serious flooding in recent years; in 2018 the Environment Agency repaired a rapidly expanding natural breach in the lower Otter embankment costing in excess of £350,000

LORP will provide a managed realignment scheme, ultimately leading to a 70m controlled breach being cut through the embankment alongside the old cricket ground during the spring of 2023.

Before the breach can happen a great deal of work much be achieved; the existing Budleigh Salterton Cricket Club is moving to higher ground nearby, a new road bridge will raise South Farm Road above the level of the floodplain, a footbridge will be built across the breach, creeks are being excavated in the fields to carry water into the floodplain, a disused council landfill site on South Farm Road is being capped to ensure pollutants do not leach into the water, a new car park is also to be built further protecting SSSI designated land, and an old aqueduct on the Budleigh Brook is being replaced by more natural meanders that connect with the river. During the construction, it has been necessary to remove trees and hedgerows, but new planting will result in a net gain of over two hectares of broadleaf woodland and 1.5km of hedgerow.

From then on, the floodplain, with its new creek network, will flood twice daily on the tide. During the following few years the area will transform from grassland to saltmarsh and mudflats covering an area of 55ha. LORP’s sister site in the Saâne valley will create a
further 45ha through a similar realignment programme.  Wetland habitats, such as those LORP will create, are increasingly rare, yet they have an increasingly important role to play in the face of climate change, as valuable carbon sinks. In addition, the lower Otter is expected to attract a large variety of wading birds, such as oystercatchers, whimbrel, dunlin, plovers and lapwings, while fish such as mullet, gobies, sand smelt, flounder and sea bass are expected to be attracted to the saltier and more sheltered water. Over in France, major works include building a new sewage works to replace one which is no longer sufficient for the number of properties it serves and moving a popular campsite away from what will become the floodplain when drainage dykes built during the 18th century are breached.

The wider PACCo project is also creating a “how to” guide for other organisations managing estuaries to assess whether such schemes may be suitable in their areas. It is thought there are up to 70 similar sites in southern England and northern France which may benefit from such managed realignment projects.
​
Visitors returning to the area in five years’ time should see a very different, but much more natural, view around the estuary, along with a greater variety of wildlife.
​
For more information on for the lower Otter project go to:   www.lowerotterrestorationproject.co.uk  and for the PACCo project: www.PACCo-Interreg.com. 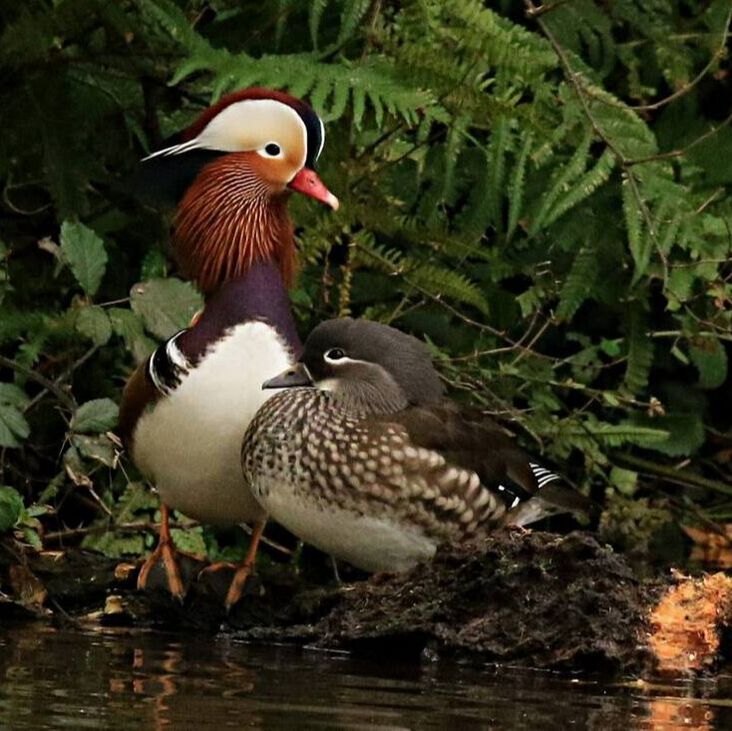 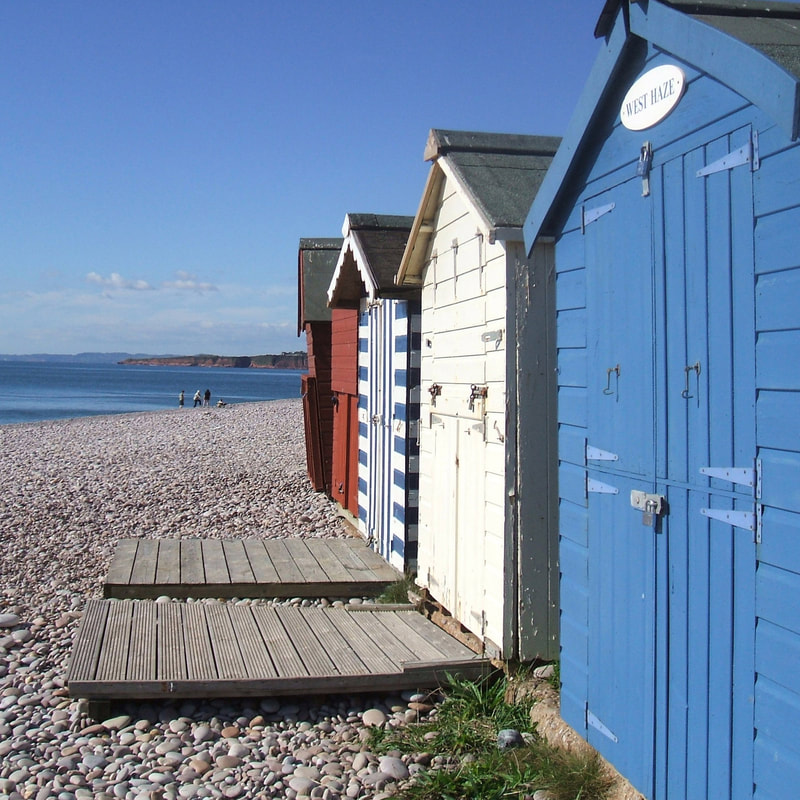 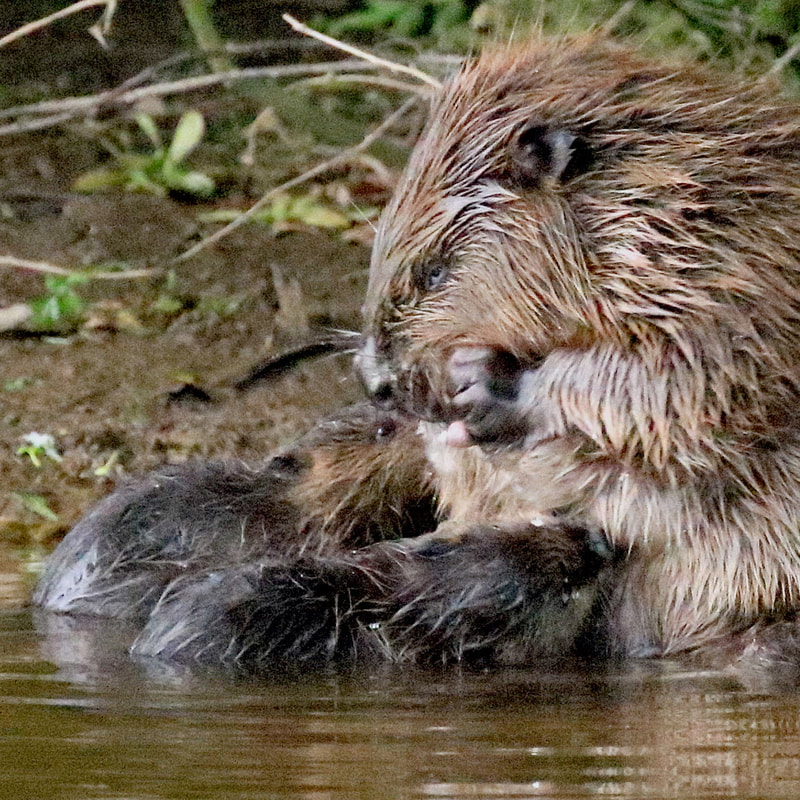 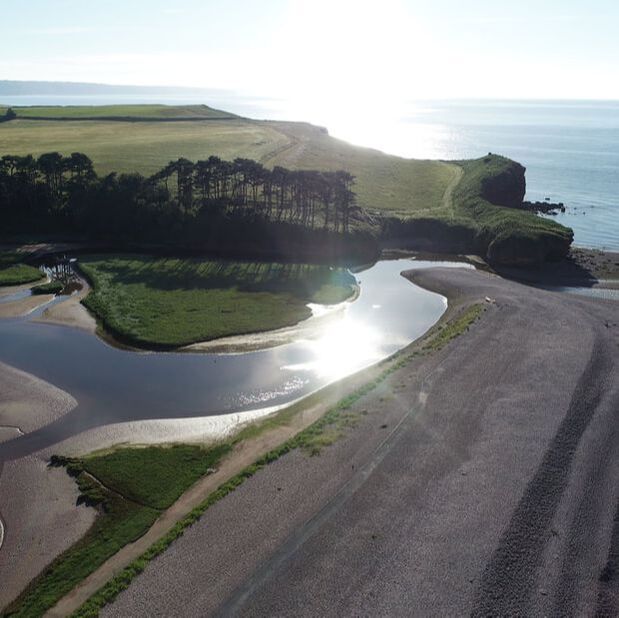 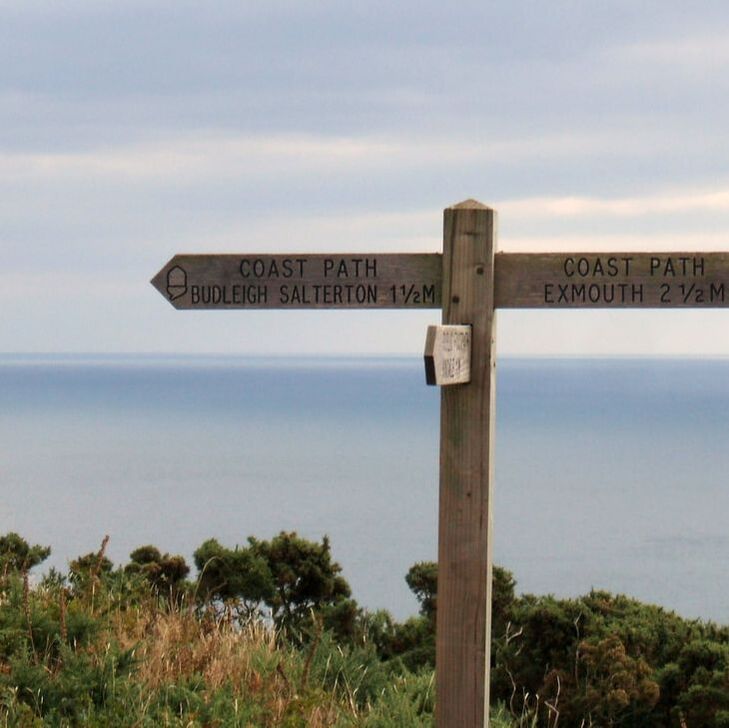 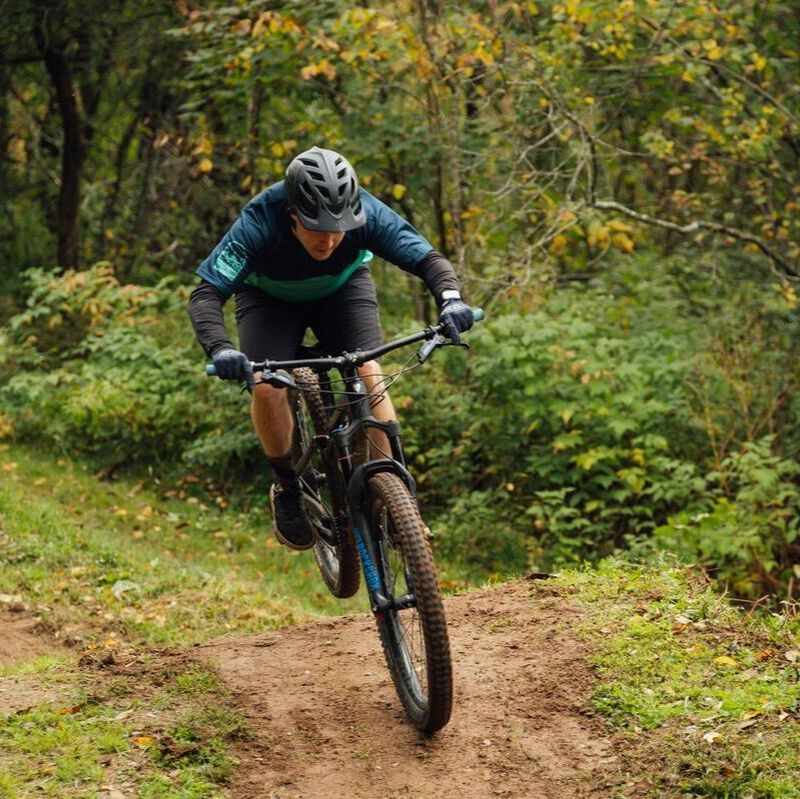