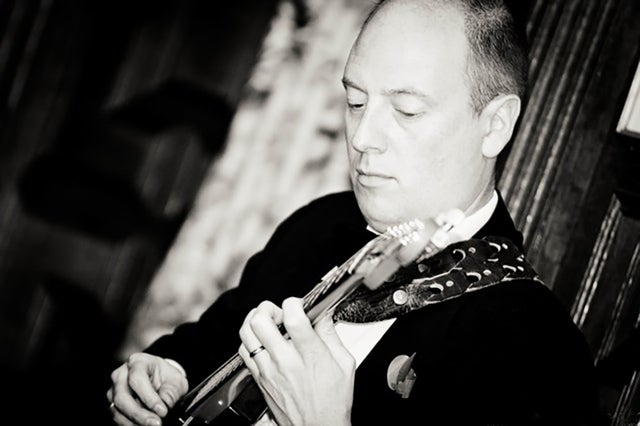 Mike Eaves is professional guitarist and composer. His first original works were debuted on BBC Sounds of Jazz and he has since established a high level career including studio sessions, television, West End shows, live concerts and solo performances. Musicians he has worked with include The London Symphony Orchestra, Royal Philharmonic Orchestra, BBC Concert Orchestra and leading artists such as Shirley Bassey, Will Young, Chaka Khan, John Williams, and Russell Watson. He has also appeared in TV and Film as a guitarist, including Martin Scorsese's film Hugo.

Since living in Devon Mike teaches guitar and ukulele from his home studio and online. He teaches all levels from beginner to professional, covering all genres including Jazz, Rock, Folk, Blues and Classical.